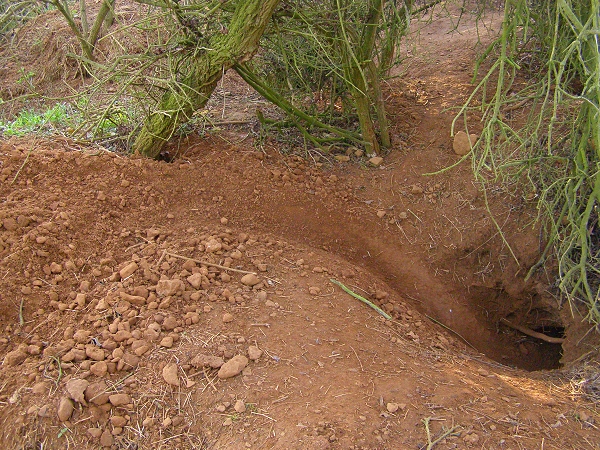 In 2006 we rescued an orphaned badger cub (who we later named Ewan) from a roadside sett in West Northants. Last weekend a check of that sett revealed that the badgers living there have been busy expanding their underground home.

The photo above shows a groove or furrow formed by a badger as it repeatedly reversed out of the sett, using its long-clawed forepaws to drag load after load of soil and stones out of the sett entrance and up onto the top of the spoil heap outside.

This may be a sign that there are cubs at the sett again. We hope that they won’t need rescuing!